Not our actual apartment.

Our first love shack was a tiny vintage studio apartment with exposed brick walls. It was utterly charming, snugly space which we intimately shared and cherished for our first two years together. We never noticed the space constraint, nor surrounding urban decay, we didn’t care if it took over an hour to find parking and bring groceries home, we did it together. It didn’t faze us that we didn’t own a TV or a stereo. We had a computer, we used it to play CDs, internet was still so scarce, but at least we had “Strike a Match”, we had a comfy futon, coffee table, loaded bookshelves, mom’s art, and plenty of love to keep us warm.

Despite everything we lacked in that moment, despite our humble beginnings, despite all of our yet to be realized eager dreams and desires, we had each others’ love and hand in life, from the start, and it was more solid, wide, tall and deep than any piece of furniture we may have ever owned or the space we lived in. There was nothing more important during all our years together than to spend time with each other. It didn’t matter what we did, or what we needed to do. It hardly mattered what anyone expected of us, or thought of us. Others’ opinions about us, what we did or did not do, were never any of our business. We did what we did, did it together and we laughed giddily along the way, wrapped in pure joy, because we were spacegoons. 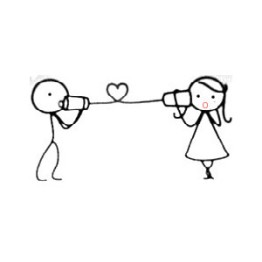 We named our things, played with language and expressions, laughed for hours over silly stuff, made up crazy words, and spontaneously improvised our versions of famous song lyrics. …Back then, in the studio, we used to wake up extra early before work, to squeeze in few hands of Yahtzee… We gladly used up every minute of our sick, vacation and personal days just to be together. Maybe we could put together several weeks of business trips when we were apart, but even during those trips, we ended up watching the same movie, on the same channel, before bed, over the phone, or we brought the other along, even if that was frowned upon.

Our love and devotion to each other was so potent, we felt that we had more than enough to share. And so we did. We spilled our love iberally over the world around us and everyone who crossed our paths. We believed that we created our own happiness, built our own love factory, and we just knew that if we were to expand our family, we would only create exponentially more of it to go around the planet.

My late husband was the primary driver of this intensely alive and conscious, arguably reckless way of living. He had this ingrain sense of urgency to explore and enjoy every millisecond he could squeeze out of life, in its full potency. I happily went along for the ride, guided by love and affection and the homelike safety I felt with him, I was bouncing along mesmerized by this hypnotic love he unleashed from within. Not a single day of 15 years we spent together was unused for expressing love and affection. It was the most important thing to us. There were many jobs, obligations, necessities and realities of life all around us, and we didn’t so much ignore them as we paid them much less attention and gave them much lower importance than to our love and time spent together. He was eager to taste, smell and touch everything, to express and to love and be loved. He loved endlessly, unselfishly, unconditionally, deeply and with every molecule of his being. It was the only way he knew how to be, and by extension the only way I learned how to be. 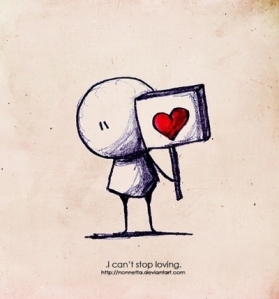 He often made me blush with his open and unrestrained show of affection, privately or in public, but it didn’t matter one scintilla, no matter how exposed I felt in those moments, or how little he cared if the entire place was staring at him while he sent me dramatic air kisses and hand waves. I felt constantly struck by his love~lightning and adored to my bones! 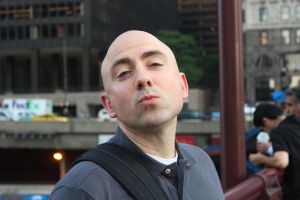 I have a thing for dropping the soap bar in the shower. The first time I did that, in our little studio apartment, it made this obnoxiously loud bang on the tub. My husband, then boyfriend, ran into the bathroom, with his giant blue eyes wide open in panic, he may as well have been wearing a superman t-shirt and cape.  He yanked the shower curtain open, pulling it off the rod, and yelled at now totally freaked out, scantily clad me: Hon! Are you OK?!?!?

Oh, how we laughed about it, for hours and days, it instantly and organically became our “thing”, the thing that confirmed, validated and re-validated our love, for years to come. As we moved into bigger apartments over the years, and bigger spaces between us which created sound barriers, I often joked that if I ever dropped the soap bar, and he did not immediately run in and check if I was okay, that I would know that he stopped loving me. He never liked that joke, he always said: nope, I would have to be dead before I stopped running to your help, honey. and even then…

The wheel of fortune of life continued to spin and deliver the full spectrum of conditions and circumstances our way, but we remained standing together in a tight, solid, hopeful, love filled squeeze, loaded with unconditional trust in the other. And we dealt.

…Looking back at the aftermath, at the battlefield of life around us, I don’t recall what exactly happened in every dramatic act, it’s unimportant, all I really need to remember is the tight powerful hugs, complete eyes-closed trust, lots of belly laughs, and overflowing, abundant love I was showered with.

Since he died, I don’t know why, and how, but I stopped dropping the soap bar in the shower. Maybe because I now buy a less slippery kind, or I became less clumsy over time, or maybe I just grip onto it now with all my might, not letting it fall, out of fear of what would happen to my heart, when what I most want to see and hear next, never happens again. I’ve decided, it’s time to imagine my husband smile at me sweetly and say: Honey, just loosen up that grip, breathe deeply, smile, and go buy some shower gel. I love you.