the piano teacher and the black stig against my “salad days” 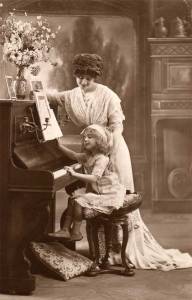 It was around the time my mother purchased my first bra, that she suddenly started insisting on my taking piano lessons, at home. We did not own a piano but that posed no problem, because we were getting one! I was already hormonally stupefied enough to notice any correlation or smell her conspiracy. But even if I did, experience has thought me that when my mother was determined like that, resistance was futile, so I resisted not.

While her whole life, my young mother had this irrational, senseless fear of driving a car, and she never learned how to drive, in her personal life, the way she handled major growth spurs of life, she was “the black stig” of yanking the wheel out of destiny’s hands, giving it a finger and masterfully making the unexpected, sharp right, just in a nick of time to escape and claim temporary gain. My unavoidable, impending emotional roller-coaster of ♀ puberty was one of those spurs, so she decided to take control, in her usual, twisted, and underhanded way. 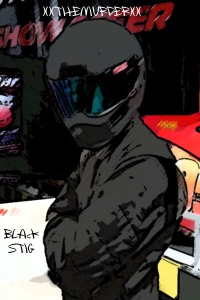 My first piano suddenly arrived, and with it its rightful owner, a 19 year old, gorgeous, small-town-girl, music student and my new flatmate S.  She was confident beyond belief, well read, intelligent, graceful, she spoke French and was good at math and studied to become a piano teacher, she was Belle! Her hair was dark, shiny and always in a perfect braid, which faithfully followed her strut spine, like a playful snake… while she played her piano… in my room.  She ate one green, sour, juicy apple before bed every night, to clean her teeth, as she claimed.  She wore simple, black clothes, never used perfume, she was a natural, self aware small town girl on a small budget in a big city, and on a mission.  She looked B&W, colored with just a set of bright pink, deadly, hypnotic, plump, shiny lips, which adorned her clean face like a big round, precious, cursed ruby.

I was sold! Hypnotized, charmed and completely seduced by my new, other side of the teen spectrum roommate and piano teacher, so much so that I eagerly gave her my offering of complete trust,  my personal secrets, doubts and hopes, on a silver platter, with a doily, only seconds after the lights were off and me and my cool roommate were left alone. 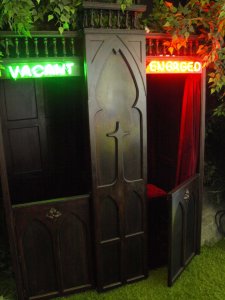 Years after my mother’s death, one late night over few glasses of vino, relaxed on my mother’s old couch, while I was retelling the story of the curious piano teacher to my sweet, late husband, I finally pieced together the wicked way in which the two of them tag-teamed, trade consulted, and operated on me and my raw, teen psyche for two of my most vulnerable, most confusing, awkward years. No wonder I never got better at playing the piano, my attention was already on rapidly bubbling, maturing opposite sex, and Belle was clearly better at holding my hand through rough times in place of my mother, and being my mother’s secret spy and buffer-keeper of the safe zone between us than at being a piano teacher.

Mother knew me so well. She knew I was shutting down and was never ever going to tell her a portion of what troubled me. She fed answers and advice through Belle back to me, and gently indirectly guided me, so that despite challenges, somehow I sailed  trough those years with the least amount of emotional bruising possible. By the time my mother bought my 4th bra, Belle graduated and left, and I was arguably through the worst of my salad days.

I suspect my mother victoriously retold her side of this story, to her friends, over dinner, and she probably died believing that she outwitted me. I still verified all my teen data with the Rizzos of my hood. Even though I almost faithfully followed mom’s yellow brick road, I always fact checked on the internet of my childhood, the streets. She was smart that one, but she missed one simple thing, she failed to consider the subconscious part of me, the part that came from her own DNA, which naturally decodes the method of her madness, and translates the motive of her life, pure love, for me.